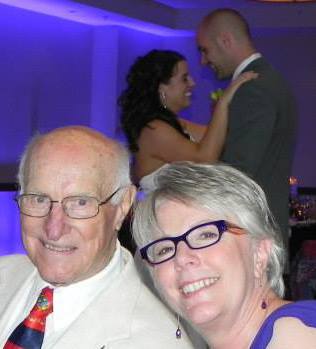 Transitions seem to be in the air right now. I have had numerous conversations over the past few weeks about transitions and the challenges that they bring. Transitions can be tiny or they can be huge. Transitions come in many forms and none of them is insignificant. Transitions could be the kids going back to school, your youngest child going away to college for the first time, you returning to school, new babies, new jobs, no jobs and looking, retirement, aging parents who need to be cared for or monitored, illness of family members, moving to a new house, or growing a business into a new form. Sometimes we go kicking and screaming into transitions and sometimes we go with the flow. Let’s look at a few ways to tip the scales into the flow department.

Here’s a story of my winter of transitions. In December my 88-year old father had a dramatic downturn with his health. He had quickly gone from driving, active, and independent to hardly having enough energy to stand up. After several weeks in the nursing home to increase his strength my brother and I, along with my niece, rotated spending 1-2 weeks at a time providing 24/7 care and rehab for my dad. It was a huge transition.

From January to April I spent 1-2 weeks at a time in Northern Wisconsin taking care of my dad. I have a newfound respect for caregivers. We were all thrown into the deep end and figured it out along the way. I had just started a new coaching program and realized quickly that I wouldn’t be able to stay up to date with that and still care for my dad. I agonized about it and then let it go and decided to practice staying in the moment while I was with my dad. Staying in the moment is something I’ve talked about for 25 years and here was an opportunity for me to do more than lip service about staying in the moment even in the tough times.

Luckily for me, my brother has Workability energy and created a very detailed spreadsheet so we could monitor the 20 different meds that needed to be given 6 times a day. I learned quickly that for me to stay in the moment I had to set multiple alarms so that I could stay focused. I also learned or more accurately remembered how difficult it is to function when you are sleep deprived. During the first few weeks that my dad was on a diuretic to pull off fluid for his congestive heart failure meant helping him with trips to the bathroom every 1-2 hours around the clock. It quickly brought back memories of sleep deprivation when my kids were babies.

When I first arrived to help my dad I spent a fair amount of time thinking about my business, my family, the things I had said “yes” to back in my everyday life and couldn’t do. Then I settled into the routine and knew that no matter what, I was exactly where I wanted to be and that I would be there completely. As you might expect, I was successful some times and not so much at other times. For me the transition was one of coming from being completely in control of my schedule to one of being not in control of anything. It was a transition from being completely independent and able to pick up and go on the spur of the moment to being totally controlled by the schedule of home health people and my dad’s needs, which changed from day to day or really moment to moment. My brother and I talked regularly and reminded each other how important it was that we not get ahead of ourselves and project into the future. Sometimes even getting an hour ahead was overwhelming.

I began to notice that my personal sense of well-being was affected by my dad’s improvement or lack of energy. In the spirit of staying in the moment I began to guard my inner sense of well-being and not let it be affected by my dad’s improvement or not. I decided that I would stay optimistic even in the face of evidence that would indicate that optimism wasn’t warranted. 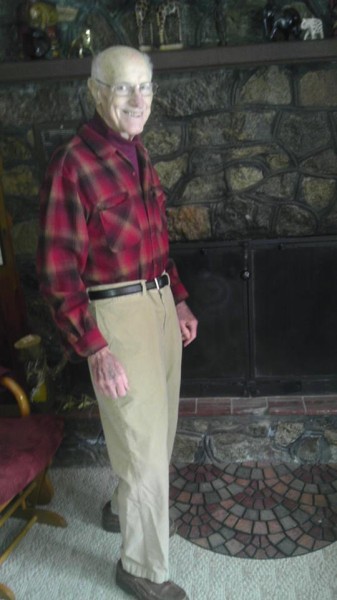 Now, fast forward to mid April and time for another transition. The really good news for us is that my dad made a miraculous recovery once they discovered the three different things that were underlying his rapid decline in December. It was time for he and his wife to live on their own and manage their lives as they had prior to December. They were ready, but I wasn’t. As I drove away I felt much like when I left my son at college for the first time. I knew that we had gotten my dad to a place where he could live independently and yet it was the first time in 4 months that we wouldn’t be there to make sure that everything was OK.

When I got home that night after a 5 hour drive I had expected to jump right back into my life as if this wasn’t a transition. I discovered that I was exhausted, more so than any other time I had come home. The only thing I could do was sleep. I think it was a release of worry.

I had a new transition facing me now. I was transitioning from being completely responsible for someone else to being focused on growing my business. It took me a bit to shift into this new mode. I was gentle with myself as I took one step at at time and one action at a time into my new business transition.

Here’s the update on my dad. He’s doing great. He is driving again and is very independent. He goes out to our cabin and mows the grass. He is happy and full of energy. We are so very, very lucky. It is the culmination of many big transitions with a happy ending.

PS The picture at the top is one taken at my son’s wedding last July and the one on the side is my dad in March. Still the ever present sparkle in his eyes!

Life Coach/Founder of Purposed Lives. Guide Extraordinaire. Lover of fabulous food, conversation that connects, intriguing books, and music that moves me.
View all posts by Cindy Dove, Life Coach →
Who is Grenelda Thurman?
It’s Time to Be Both Bold and Introspective

This site uses Akismet to reduce spam. Learn how your comment data is processed.